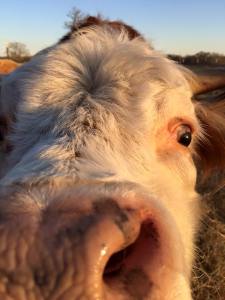 It has been 6 months since we took the plunge and moved our family to Green Acres. We have learned a lot since our move. Most of the lessons have been good ones such as learning to relax. Some of the lessons have been bad ones such as learning to always be on the lookout for snakes during summer months. Then there are the funny things that we have encountered.

Concerning baby animals on the farm.  Unless “No!” is your absolute favorite thing to say, do not get a puppy, three kittens, and a baby donkey all at the same time. I am pretty sure that I say “No!” approximately 10 gazillion times each day. Whether it is Fiona, the donkey, trying to kill all of our other animals in order to get all of the apple treats for herself, Zeus, the puppy, trying to make friends with the giant Percheron horse we are horse-sitting, or one of the kittens literally clawing his way up my leg to get closer to me, I am pretty tired of trying to train all of these babies at once.  On the bright side, I am a teacher and what better time to do this than summer, right?  I will hopefully have all of my young guns trained in time to leave them alone all day long in the fall!  Wishful thinking, right?

Concerning chickens.  Apparently, a certain type of electric fencing is a tad too strong for a chicken’s heart.  We found that out the hard way.  Also, for some chickens, it ain’t over till it’s over.  I have literally carried a big feed sack and shovel over to the same chicken on two different occasions because I thought it was dead and needed to be buried.  The first time, it was on the ground, splayed out, in the dirt.  There was even a vulture sitting on a stump nearby watching it!   I wanted to get it out of the coop before the vulture got it, but boy was I surprised when it hopped right up and started walking.  Same story last night minus the vulture this time.  Shovel in hand about to scoop it up and it popped up and scared me to death.  Keep in mind, this is following the two snake instances I have experienced in the past week so I am a little jumpy.

Concerning cows.  Cows are pretty cute and funny.  They are way more interactive than I ever thought possible and have given us some laughs over the past four months of cow ownership.  One of the first lessons I got from the local ranchers at the auction was concerning cows.  I bought a miniature Hereford heifer and they all told me that I would be dealing with pink eye at some point because they, apparently, contract pink eye very easily.  I asked them what to do when that happens and they swore to me that I would have to sneak up on the cow and throw salt in her eye to get rid of it. I asked if it hurt and they said “Well, hell yeah, it stings like the dickens, but it works.”  I kind of laughed at their response, but guess what?!  It is absolutely true!!  We have now had two different cows with eye issues that I have tried to doctor up and wipe off and rinse out, but until we threw table salt in their eye, nothing was working.  The surprise salt remedy cleared them both up in only one day!!  Who knew?

Concerning donkeys and horses.  Guess what, Folks?  They have no idea how big they are and, apparently, think they are about the size of a dog.  When they hear me get out the apple treats, they run towards me like they are about to wipe me completely out and then stop suddenly right when they get to me and walk up to me like it is no big deal.  I can’t help but have a moment of panic before they stop because it is really unnatural seeing something that large running towards you at such a fast speed.  Thank goodness, the donkeys and horses we have on our land right now are extremely sweet and gentle with people.  Besides some stubborn donkey shenanigans, we haven’t had any trouble with any of them.

As far as our domesticated animals go, they are all doing great and enjoying the space to run about and play.  The dogs and our cat, Skittles, follow us around everywhere we go on the ranch.  We will be letting our three kittens outside to play in the fall and hoping they will be able to help ward off some of the unwanted rodents on Green Acres.  Until then, we will enjoy the moments, both good and bad, with all of our farm animals.  It really has been a Funny Farm so far.

Recipes showing step by step directions with pictures and a printable recipe card.

"A blog about nothing." - Jason Alexander

Growing and changing as God leads us on the exciting journey He created for our family.

A city chick with a country soul.